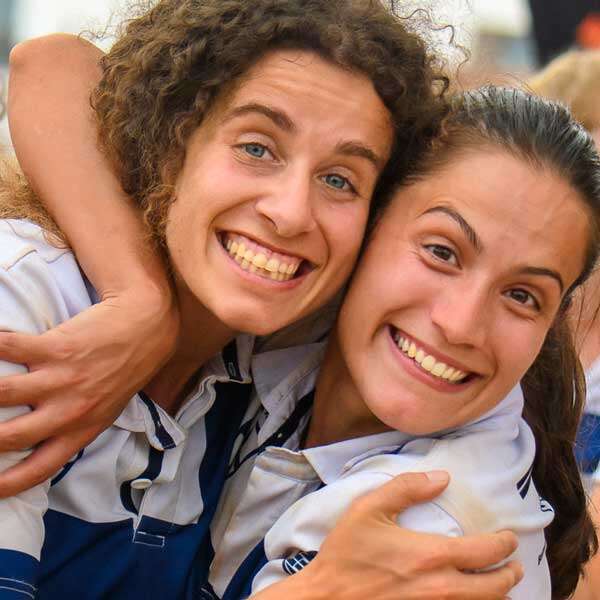 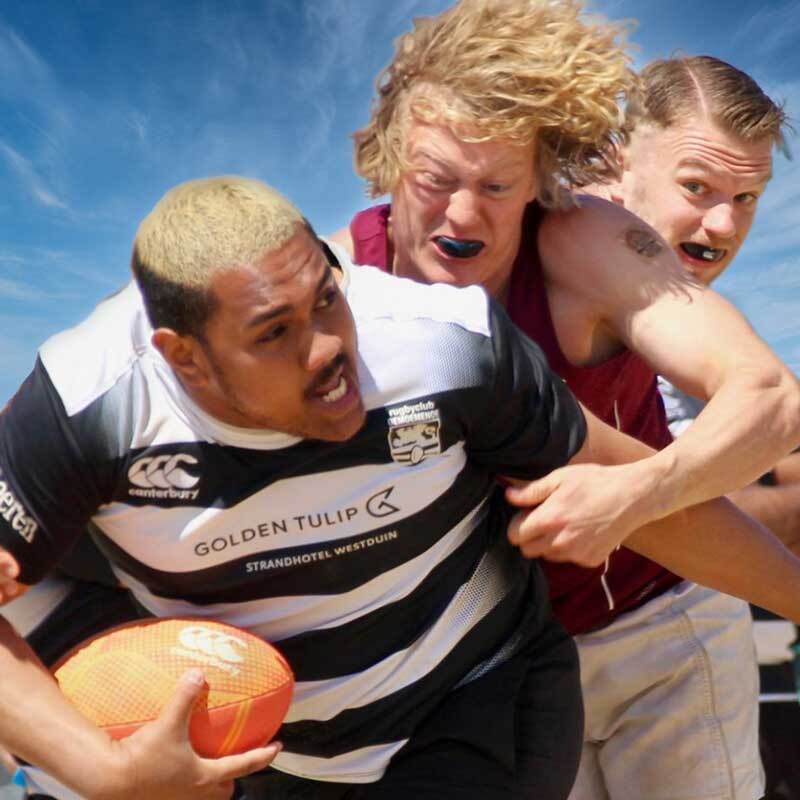 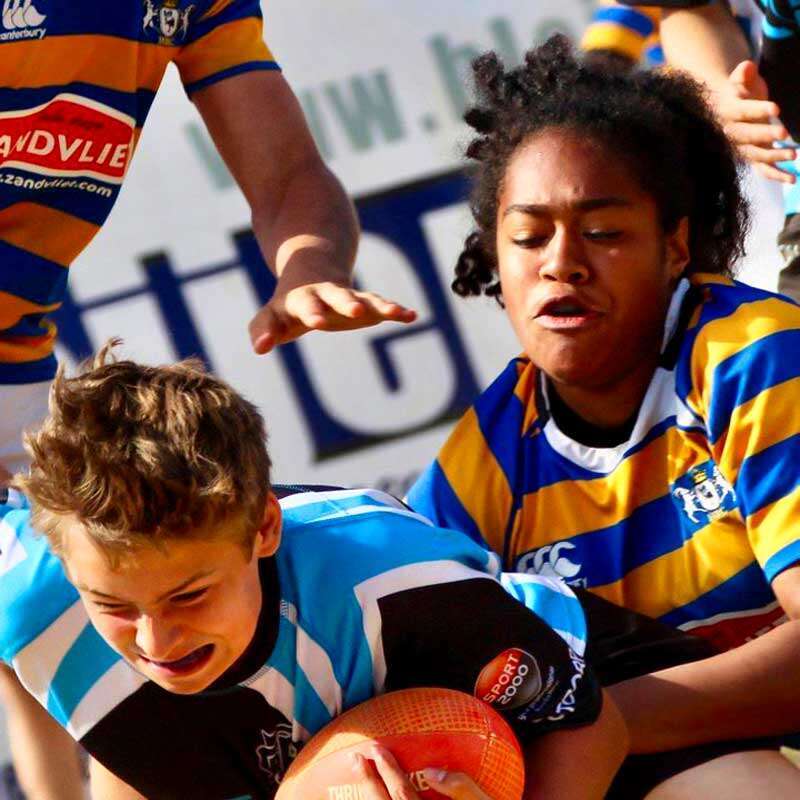 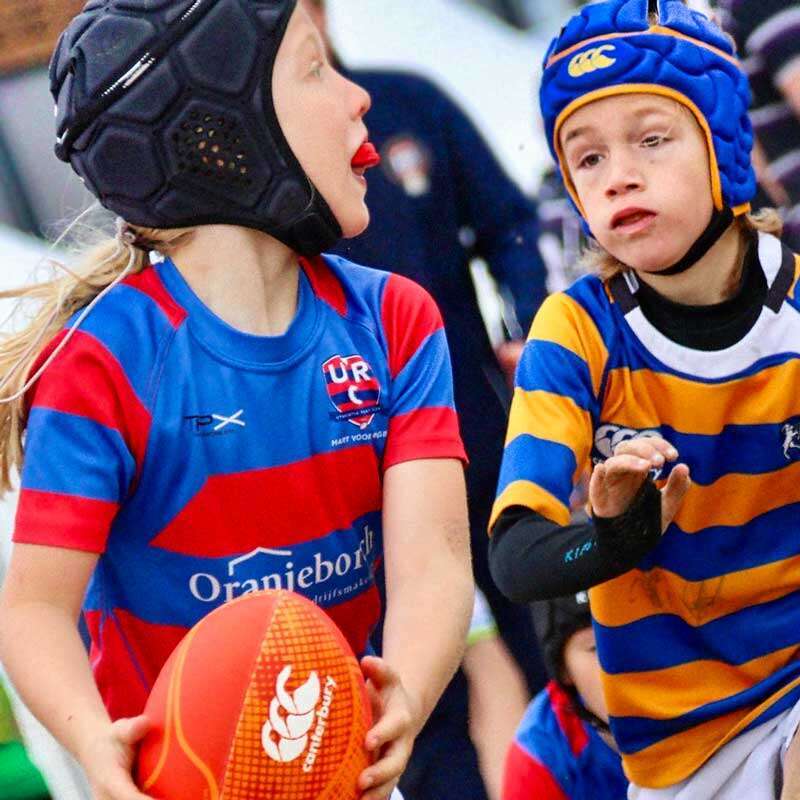 The matches at North Sea Beach Rugby will be played at the unique The Hague Beach Stadium on the beach of The Hague /  Scheveningen on 18 and 19 June 2022 by both seniors and youth U8 to U18. In addition to the international matches in the EBRA (European Beach Rugby Association) Series, the official Dutch championship is also played for Dutch teams. We are also co-organisers, in cooperation with other organisations, of the Mixed Ability Rugby Games and an event for participants of de Harde Leerschool and Turnover (a similar initiative is known in Great Britain as the School of Hard Knocks). Meaningful projects that we fully support.

Click here for the complete programme with starting times.

Beach Rugby (Beach Fives Rugby) will be played during the rugby event. Rules of play, dimensions of the field, etc. are the same for each category. Exception is the age category U8 and the matches of the Mix Disabilities games. The U8 category plays TAG RUGBY and has a smaller playing field and for the
Mix Disabilities games, the rules are adapted by joint decision. All matches are refereed by experienced national and international referees

A team that registers consists of a maximum of 12 players and 3 supervisors. Our experience is that a team with at least 10 players is best to get the most out of the tournament. That way you can continuously change during the intensive matches for example.

It is very important to read the laws of the game thoroughly.

International matches are played as part of the EBRA Series by the men, women and some age categories above U12.

Dutch teams (men, women and youth U14, U16 and U18) also compete for the official Dutch Beach Rugby Championship. The Dutch teams therefore play for the EBRA Series and the Dutch Championship.

Are you ready for the ultimate Beach Rugby experience!