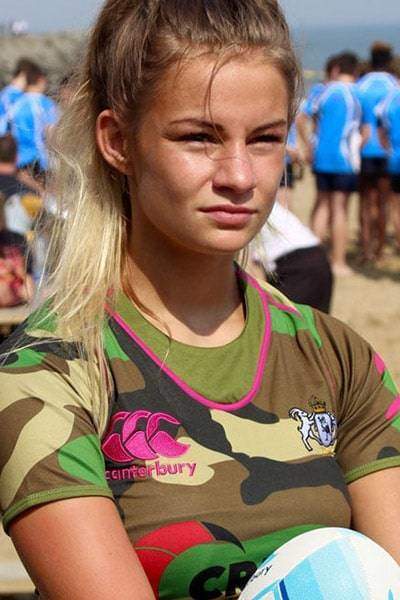 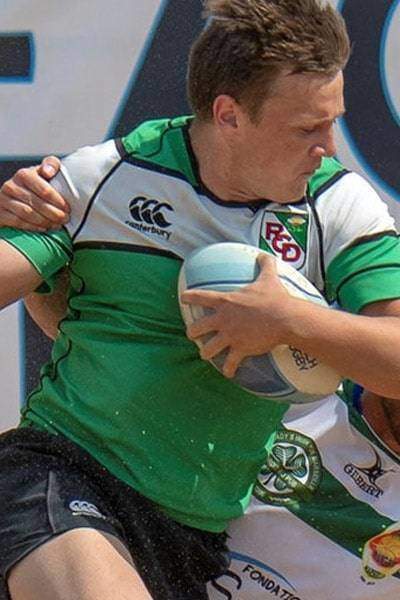 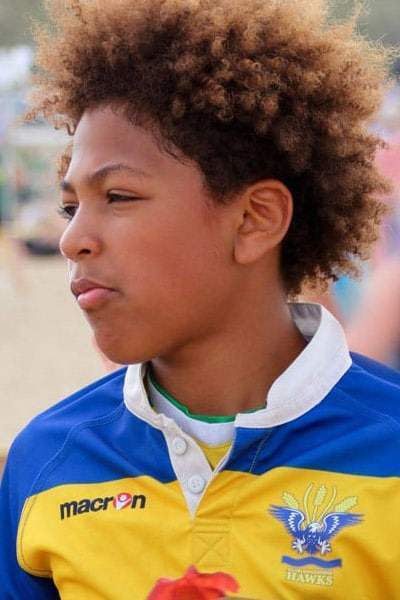 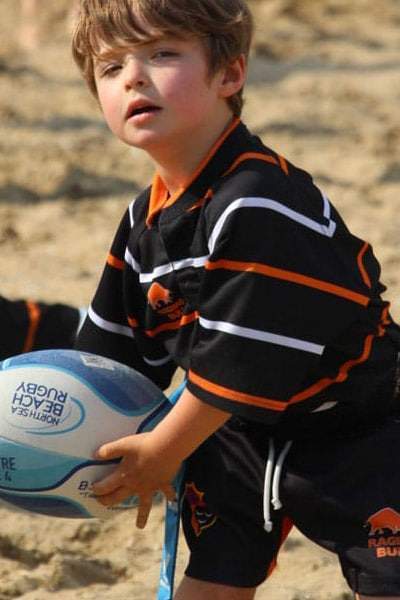 BEACHRUGBY FOR MEN'S, WOMEN'S AND
YOUTH TEAMS U8 TO U18

International and national teams men, women and youth, age group U8 (Turf), U10 (Benjamins), U12 (Mini's), U14 (Cubs), U16 (Juniors) and U18 (Colts) can play Beach Rugby (Beach Fives Rugby) at the North Sea Beach Rugby tournament. Rules of the game, the size of the playing field is the same for each category. Exception is the age category U8. They play TAG RUGBY and have a smaller playing field. A team that registers has a maximum of 12 players and 3 supervisors. Our experience is that a team with at least 10 players is the best to get the most out of the tournament. For example, you can change continuously during the intensive matches.

All Dutch teams (men, women and youth U14, U16 and U18) play for the Dutch Championship Beachrugby. Also games are played in the EBRA Series by the men, women and some age categories above U12.

Beachrugby is played according to the rules of Beach Fives Rugby of Rugby World (IRB) and the EBRA under the guidance of competent national and international referees. It is important to read the rules of the game carefully.

Beachrugby is played according to the rules Beach Fives Rugby of Rugby World (IRB) and the EBRA under the guidance of competent national and international referees. It is important to study the rules carefully.

You can register via this link

For general information about the youth tournament under U12 years  click on this link.

For general information about the tournament for men, women and youth above U12 click on this link.

People of all levels can participate in grassroots sport, which is often intended to get people (back) up and moving. And, it is not only the exercise that is important, it is also the fun of being active around other people. Grassroots sport is any form of sport or game that is not regarded as an elite sport. Grassroots sport is appropriate for novices and accessible for everyone, and it is often successfully targeted towards kids and youngsters. North Sea Beach Rugby will soon get involved in things like school outreach in The Hague to drum up enthusiasm for the game of rugby and BeachRugby. Reasons being, rugby is good for building social skills, learning to work together, team spirit, and fostering respect for one another.

from 10:00
Youth teams Beach Rugby under 12 years
Start of the matches.

from 11:00
Senior teams Beach 5s Rugby(men and women)
Start of the matches.

from ±16:00
Youth teams Beach Rugby under 12 years
End of the competitions and prize-giving ceremony.

from 11.00
Start and continuation of the Beach Rugby matches ended with the finals.

from ±18:00
End of all matches and awarding prizes winners.