World Rugby and Rugby Europe only recognize Beach 5s Rugby with the 2 second rule as the only correct form.
All other forms of Beach Rugby are not official.

For explanation of the rules Beach 5s Rugby, follow this link!

Beach Fives Rugby is the fastest form of rugby. Beach Fives Rugby is a contact sport where stamina, tactics and ball handling skills form the basis of a spectacle for players and spectators alike. As a result, Beach Fives Rugby wins more and more in popularity. The pitch measures 25 by 25 meters with 5 players. An important rule is the 2 seconds rule. When a player contacts the ball or is tackled by an opponent, the player must pass or release the ball within 2 seconds. Furthermore, there are no scrums and line-out. For all info and rules click here or watch our own TV channel beachrugbychannel.com.

Beach Fives Rugby is (top) sports. The game requires a lot of dedication of the athletes. North Sea Beach Rugby believes it is important to create a good balance between sports and relaxation, so athletes can perform optimally throughout the tournament and practice the sport in the right way, positively bringing Beach Rugby to the attention of spectators.

This of course doesn't mean you cannot have fun together after the tournament. However, North Sea Beach Rugby hopes the players will realize that lots of international and national teams are coming to play a good match of Beach rugby throughout the entire event. 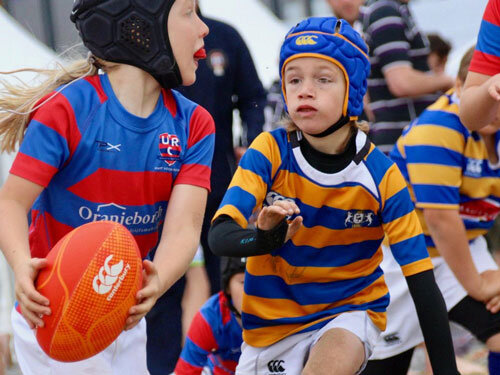 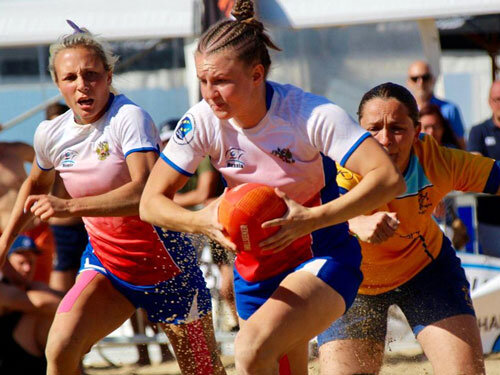 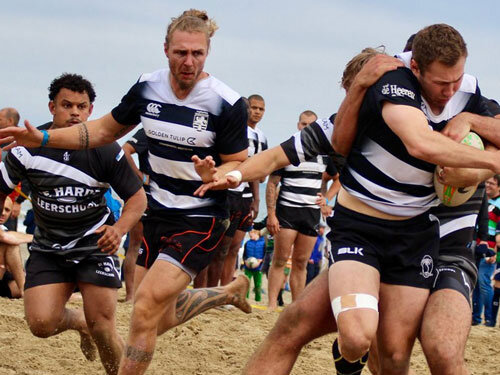